This article is part of a blog series. Read the first part about the evolution towards Systems of Understanding.

Systems of understanding is a general term indicating that systems are supposed to understand humans. Of course, that doesn’t just happen automatically, or at least not completely. With Machine Learning applications, systems are able to make certain predictions and translate them into actions. Through image recognition, systems can identify objects and link actions to them.

The analysis is based on the way Kathleen M. Galotti describes human development in the book Cognitive Development: Infancy through Adolescence.

The term cognition covers a wide range of intellectual activities. Generally, cognitive psychology is concerned with how people absorb, store and use information, and how they communicate that information. That entire process can be categorized in cognitive areas. Those areas form the technical building blocks for Systems of Understanding. When developing solutions as citizen developers, we will configure each of these elements in our application. One of the most interesting examples is developing a chatbot.

Let’s take a closer look at the cognitive areas that form the building blocks of Systems of Understanding.

However, the information comes in ‘raw’ and unprocessed. Perception refers to the whole of cognitive processes that convert sensory perceptions into usable information.

When someone looks out of the window, they will be overwhelmed by visual information about objects and their size, distance, the amount, color of the light, … Recognizing individual elements in the image is called perception. Somewhere in the observer’s brain, the recorded information will be segmented into useful information: which observations belong together, which elements are part of one object, etc.

When we perform a complex cognitive task, we often need focus. We concentrate our mental energy to successfully complete a specific task. In the meantime, we are ignoring other signals and are shutting ourselves off of distractions. This description actually summarizes the essence of what is called attention in cognitive psychology: the ability to apply mental resources while performing specific tasks.

For example, by focusing on one conversation in a room, we’re able to capture much more nuances of that conversation. Chances are we have a richer memory of a specific conversation when we were very attentive.

We want to save the information that we pay attention to and that we capture for future use. In this regard, memory is the term we use to refer to the storage space and processes to store that information. As with any cognitive area, there are extensive and detailed studies on the nature of these storage spaces for memory.

Three main types of memory can be considered:

Older children know more about various subjects than younger kids. The older ones are better at spelling, have a larger vocabulary, know more facts, etc. Obviously, the more knowledge an individual has, the more important it becomes to store this information in an organized way so you’re able to recall it more easily.

Language is the ability to produce and understand an infinite number of expressions using a finite base of elements (e.g. sounds or words) that follow a system of rules known as grammar. This is considered as the most distinctive aspect of human consciousness, according to Steven Pinker. 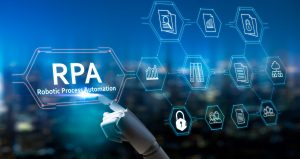